August 22, 2017, Roxbury District Court (BMC Roxbury) case no. 1602CR003571 charging domestic assault and battery and threats to commit murder.  On 8/22/17, alleged victim appears for trial, but pleads the 5th.  Prosecutor expresses intention to proceed to trial based on body camera footage and officer testimony.  Anticipating this move, we filed a motion to exclude those statements.  After evaluating that motion, the government drops all charges against our client. [upload motion in limine] 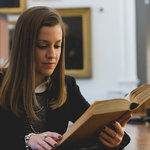 Founder, Erkan & Associates, LLC Rising Star. Daryl K. Zules is an attorney licensed to practice in the courts of the Commonwealth of Massachusetts, the State of New York, and theUnited States District Court, District of Massachusetts. Prior to joining the Firm, she served as a public defender ...