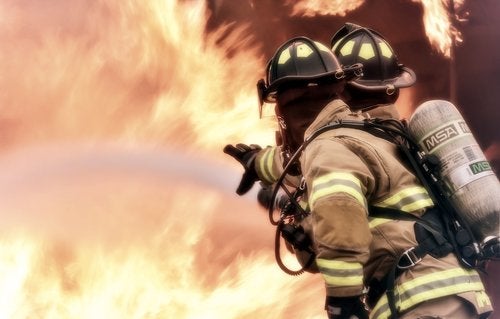 Cases in which the Government alleges that the cause and origin of a fire was "incendiary," in nature, or intentionally set, are prosecuted as arson.  Because incendiary fires are rarely witnessed, the prosecutions of these cases rely almost exclusively on circumstantial and expert evidence.  This is a highly specialized area of criminal law, which few attorneys can capably handle.

As a former lecturer at the Massachusetts State Fire Marshal's headquarters in Stow, Massachusetts, I trained investigators on effective investigative techniques to turn arrests into convictions.  Moreover, I received advanced training in arson investigation and prosecution at the National Alcohol Tobacco and Firearms ("ATF") academy in Glynco, Georgia -- the proving ground for the nation's elite arson investigators.  There, I witnessed controlled burns of dwellings, walked arson detectives through the smoke and rubble of fire scenes, and assisted them in constructing the testimony necessary to support a charge of arson. 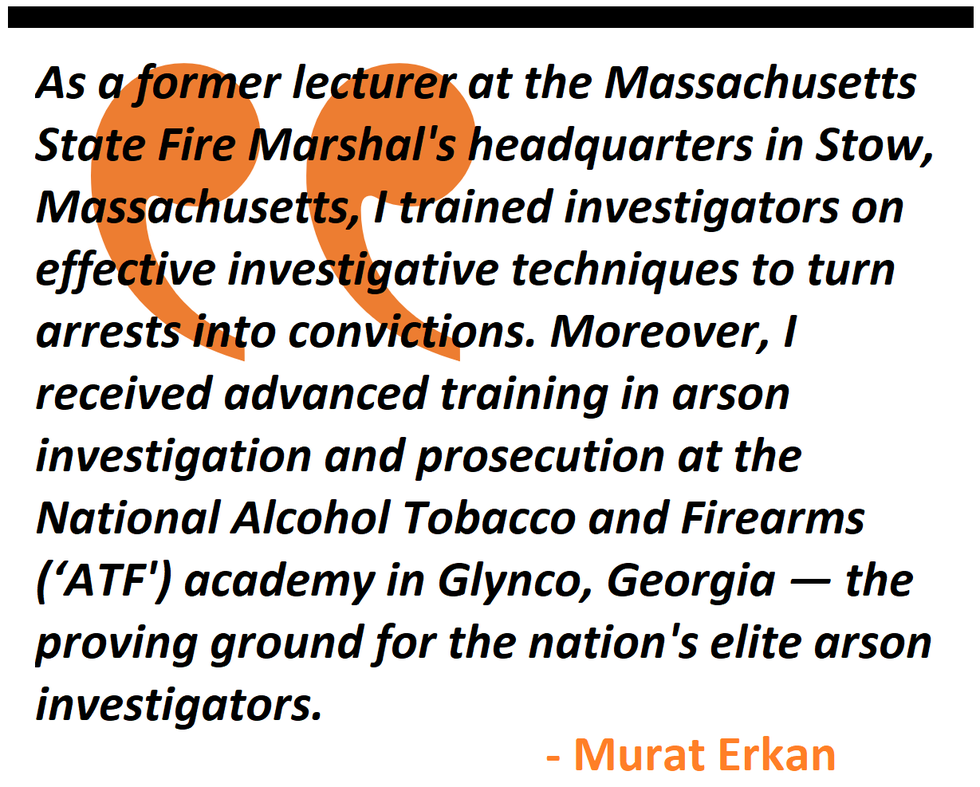 Constructing a scientifically valid theory of arson is an elusive process, largely because evidence related to the cause of the fire is mostly consumed by the fire itself.  Given the almost universally degraded nature of the fire scene, investigators must examine the evidence and rule out all non-incendiary causes of fire before opining that a crime occurred.  This process involves assumptions as to the behavior of fire, its interaction with various materials, the speed at which fire spreads, and the significance of trace accelerants found at the scene.  These assumptions, accepted by many as virtually beyond reproach, are of dubious scientific validity, and have been largely debunked in recent years. The implications of the fault lines in fire scene forensics are disturbing.  A fresh look at certain arson convictions exposed wrongful convictions,

resulting in dozens of exonerations only after innocent people have served years in prison, or worse.  In other words, a staggering number of people have been convicted of arson fires which they did not commit.   The science behind these cases is weak.  Worse, most lawyers are woefully ignorant of the flawed premises supporting most arson cases, and are ill-prepared to counter them in court. As a result, the risk of wrongful convictions continues to rise at a uniquely alarming rate in arson cases.

Because of the un-witnessed nature of most arsons, and perhaps also flowing from a growing skepticism in court as to the forensic evidence underlying most of these cases, police are often tempted to resort to a more traditional, easily obtainable form of evidence: the confession.  Given the lack of evidence in most fire cases, police face extreme pressure to extract confessions from potential suspects.  While some people doubtlessly confess because they are guilty, this is sadly not always the case.  Instead, fire investigators obtain specialized training in the techniques which are most likely to produce an incriminating statement -- whether that statement is true or not.  For example, police may falsely imply that they possess evidence of a person's guilt.  They may combine this technique with an attempt to empathize with the suspect, mitigating the seriousness of the offense or suggesting that a confession may be a way to avoid punishment.  These and other coercive techniques are often the main ingredients in false confessions, and a virtual assurance of a wrongful conviction. This phenomenon finally led the Massachusetts Supreme Judicial Court to require police to record their interrogations -- although police will employ techniques to avoid this rule. 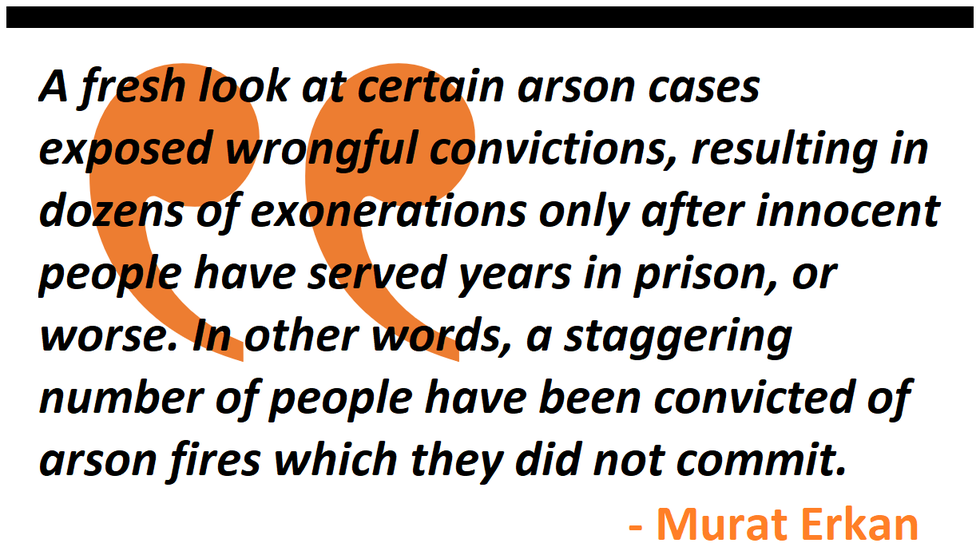 At Erkan & Associates, LLC the attorneys will examine the circumstantial evidence which the government claims supports its case.  To whatever extent the Government relies upon dubious assumptions or investigative techniques to construct their case, we will uncover and expose the same.  If the Government claims that you confessed to the offense, or otherwise seeks to use your own words against you, we will challenge the admissibility of your statements against you in court.  Even if you confessed to the crime, your case doesn't end there.  If there is any evidence that your conviction was obtained through less than scrupulous interrogation techniques, we may be able to convince the court to exclude your statement from evidence -- thereby preventing your words from being used against you.

Arson cases are among the most serious and complex to be tried in our state's courts.  Our Firm possesses the knowledge and skill necessary to defend you in this highly specialized area of criminal law.  Please contact our Firm for a free consultation, in which we will discuss effective strategies tailored to your particular case.