As I alluded to on our page on courtroom procedure in violent crime cases, the government's case at trial is usually not the same as at arraignment. Unlike fine wine, these cases do not get better with age.

Victims and witnesses who were still under the sway of the event when they first spoke to police may have second thoughts when it comes to trial. They may reflect back and recognize that their earlier statements reflected anger or hurt feelings rather than the truth. But those statements can not simply be erased.

The general rule in court is that facts must be established by witness testimony, in court. Earlier statements, whether oral or in writing are considered hearsay. If you've ever watched a court drama, you are probably familiar with this principle. Statements made outside of court are generally not admissible in court.

There are various exceptions to the rule against hearsay, however. A prosecutor's favorite such exception is referred to as the "excited utterance" or "spontaneous declaration" exception. Under this rule, what a person says while under the sway of an exciting event are considered trustworthy, because there is no time to plan ahead or fabricate the statement. Rather, the statement is made about something shocking, while or soon after its occurrence. For instance, "oh no! Johnny shot Timmy!" would be considered an "excited utterance" if the statement was made at or near the time of a shooting.

The problem is that the government will stretch this exception beyond any reasonable limits. Whenever there is a violent crime, the government will claim that a wide range of statements can be admitted. If these arguments succeed, the witness' statement will be offered to the court without any opportunity for the scrutiny which only cross-examination can provide. Gone are the opportunities to challenge the person's statements, including exploration of bias or hostility, or testing of their ability to accurately observe and recall what in fact occurred during a chaotic situation. 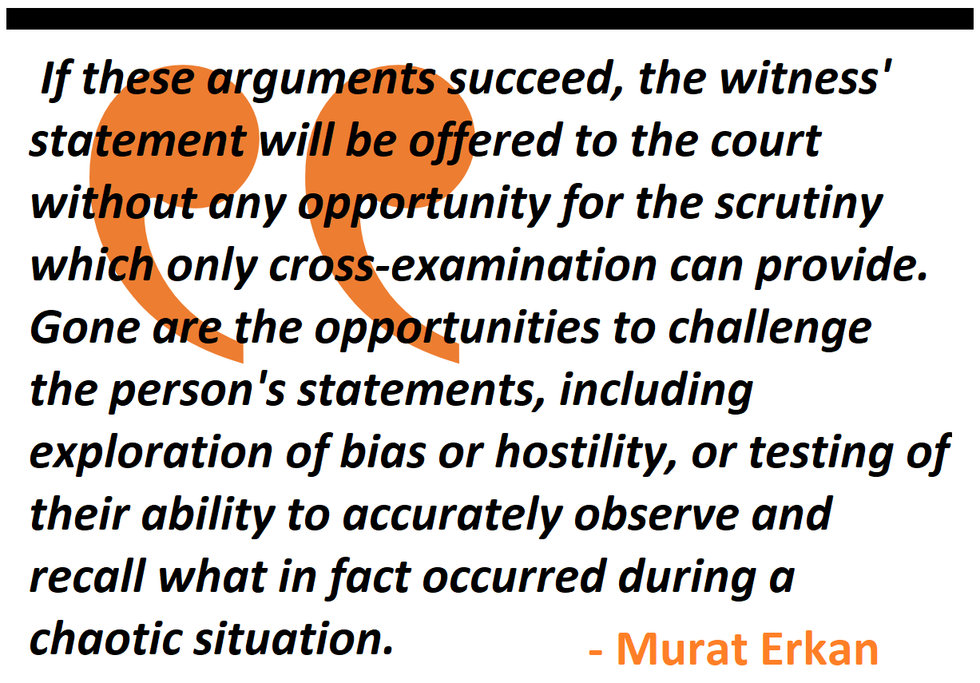 In reality, most of the statements the government will try to offer in evidence are not consistent with the purpose of the exception. Very often, these statements will come in the form of a 911 call or during the ensuing police response. Yet, once the person has the presence of mind to call the police, they also have the presence of mind to doctor their story. Take for example the 911 caller who cries "I need the police right away! My roommate broke my nose!" The caller's nose may very well be broken but, if the caller was the initial aggressor, who was then struck in self-defense, do you think it is reasonable to expect that the caller will include that fact?

The "excited utterance" is the government's opportunity to cheat, by presenting a one-sided version of the case, without allowing the accused to challenge that statement by attacking the bias and self-interest of it's witness, or by clarifying the bigger picture of what in fact occurred.

The admission of these statements threatens not only the truth-finding process, but also the accused's core constitutional right to confront his accuser, face to face, in court. As the late Supreme Court Justice Antonin Scalia stated about the 6th Amendment "confrontation clause" in Crawford v. Washington, 541 U.S. 36 (2004): 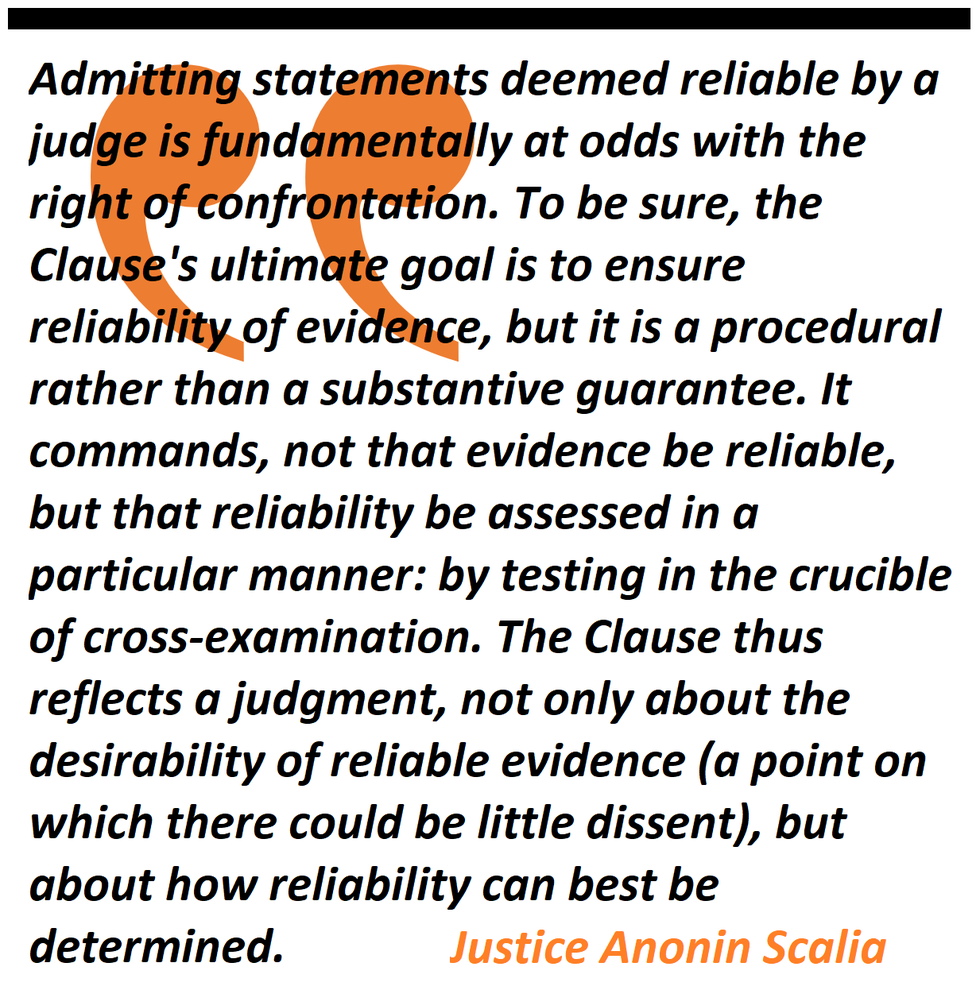 Despite these prescient words, prosecutors continue to assault these core constitutional protections by offering a wide range of non-qualifying statements as so-called "excited utterances," and most lawyers are not equipped to stop them.

As the former supervisor of the District Attorney's Lawrence trial team and domestic violence unit, I have the experience necessary to stop these unfair tactics dead in their tracks. My team is able to shift the focus away from the prosecutor's agenda in securing convictions at any costs, to the court's primary function - the guarantee of a fair trial. We can block this devastating evidence by highlighting the facts which establish that the statement is, in fact, the product of reflection and choice, rather than a pure reaction to an event. We will level the playing field by ensuring that only reliable evidence is put before the jury, and the case is fought in court, as any fair system of justice demands.

Click here to see our in-depth commentary on defending violent crimes, including domestic violence and murder.

Click here for a discussion on what to expect in court when charged with a violent crime.