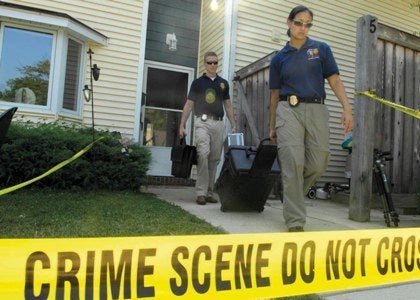 Violent crime cases are some of the most emotionally charged and dramatic matters litigated in criminal court.  It is in cases of violence where prosecutors and judges will assume their most protective stance, empowered by their perceived role in protecting victims from violent or predatory acts.  In these high stakes cases, the right defense strategy will make the difference between a future as a free person and one as a convicted prisoner.

The truth of the matter is, the facts underlying these type of allegations are never as clear cut as the government would contend.

Violent offenses are by their very nature deeply personal.  Because of that backdrop, it is our experience that allegations may be exaggerated or even outright fabricated due to feelings of hostility, jealousy, bias or revenge.  In the home, hurt feelings and shouting matches may lead to false complaints of domestic violence as a way of getting even or gaining control.  And though over time cooler heads may prevail, once the criminal process has started, it is not so easy to stop. 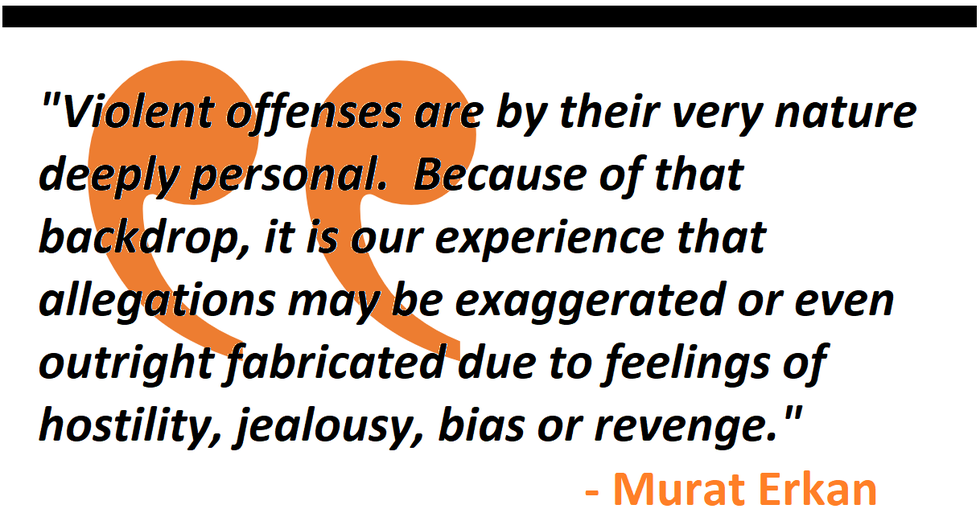 In almost every instance, police are not there to see what happened.  As a result, they will make decisions after-the-fact, based on what people say.  They will draw conclusions, right or wrong, from what they find or observe.  Again, once police have drawn their initial conclusion, it is an uphill battle to change their mind, no matter if they are right or wrong.

Too often, this results in a rush to judgment.  Too often, opinions and emotions operate in place of truth and facts.

You may find yourself charged with a violent crime.  There may even be evidence that something happened - black eyes, bruises, bleeding, broken bones, loss of life.  But, it is the rare case indeed where a physical altercation is one-sided.  There is truth to the saying, it takes two to tango.

It is a sad truth that most lawyers, when tasked with defending a client charged with violent crime, will draw his own conclusions based on what the police report says.  The police report will constitute the only relevant universe of facts, and if the police said you did it, they will take them at their word.

We will not take them at their word.  We will assume nothing the government says is true.

Rather, we will walk you through a comprehensive interview, where we will flesh out all the facts and circumstances.  We will extract the details which, though insignificant to you, may lead to compelling evidence in your defense.  We will understand your perspective, and build off what we learn to construct a formidable defense.

One of the key first steps in defending an allegation of violent crime is to conduct a thorough and prompt fact investigation.  From examination of the crime scene, to documentation of injuries and defensive wounds, obtaining surveillance footage, securing social media data, and interviewing witnesses, the initial investigation is crucial.  Delay will result in lost evidence - evidence which may be critical in establishing your defense.

As a former prosecutor who worked hand in hand with police for years, I have vast experience in overseeing and directing criminal investigations.  I will use that experience to your advantage in two ways: first, by securing witnesses and evidence that will support your innocence; second, by immediately recognizing when police have taken short cuts or made mistakes. 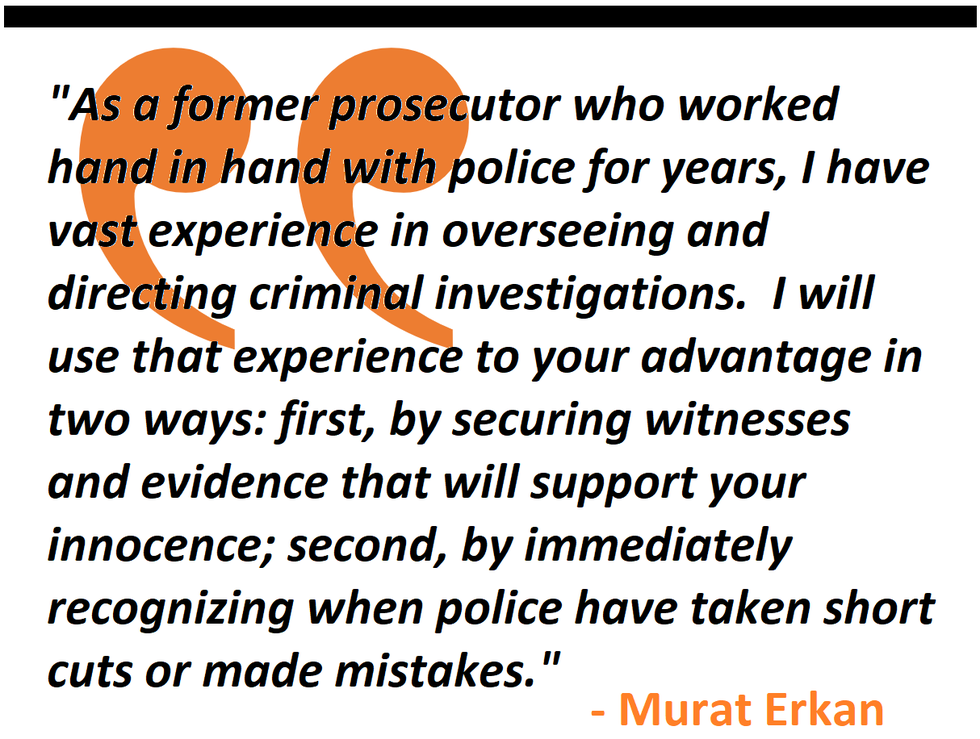 A related but equally important step in building a defense to an allegation of violent crime is understanding and destabilizing the Government's case against you.  Background checks and witness interviews will uncover bias or other influences which may undermine the credibility of your accuser.  Scrutiny of identification procedures, evidence handling, and search and seizure may deprive the government of key evidence they will use against you.  Considering that mistaken identity is one of the greatest contributors to wrongful convictions, we will attack the validity and admissibility of any damaging witness accounts.

As you probably know by now, I have no single strategy or approach that I will use in every case.  Any one-size fits all defense, in my view, is a poor substitute for true advocacy.  Rather, I will use my extensive experience and skill to develop the unique strategy most likely to resolve the case in your favor.

You should know that if your case must proceed to trial, there is no witness who will testify against you unscathed.  Over the years, I have developed a relentless cross-examination strategy which will expose the assumptions and ill-intentions which often infect witness testimony in these cases.  I will be the most powerful lawyer in the courtroom.  I will clarify the truth, and I will expose and discredit those who will lie or embellish against you.

Whether you are charged with simple assault, domestic violence, felony assault with a dangerous weapon such as a stabbing or shooting, robbery, home invasion, burglary, kidnapping or murder, you will be glad that you turned to us for help.  Stated simply, our defense of these cases is unmatched.

Click here for a discussion on what to expect in court when charged with a violent crime.

Investigation exonerates our client of armed robbery; leads to identification of guilty party

Assault and battery case dismissed on payment of restitution

All but one charge dismissed in three separate domestic abuse cases

Retaliatory charges against domestic abuse survivor dismissed prior to arraignment