Although the 2nd Amendment to the Constitution creates a right to bear arms, legislation and legal decisions have made lawful possession the exception rather than the rule.

The license to carry. 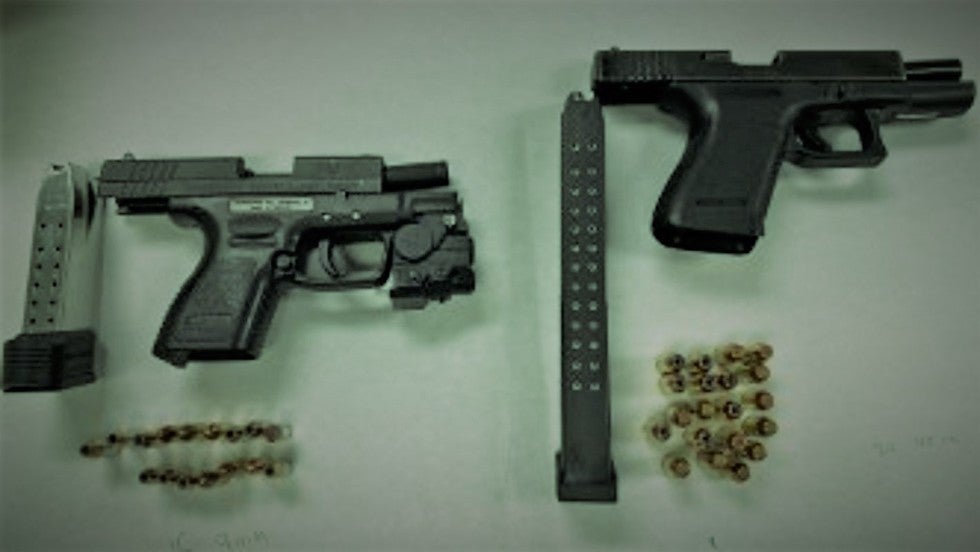 Massachusetts requires that you obtain a license to lawfully possess a firearm.  Residents aged 15 and older can apply for a firearms identification card (FID), which permits them to purchase, possess, and transport standard capacity rifles, shotguns, and ammunition, or a license to carry (LTC), which allows them to purchase, possess, transport, and carry all large- and non-large-capacity handguns, rifles, shotguns, and feeding devices, as well as ammunition.

However, the law criminalizes a wide variety of conduct related to firearms, and the government strictly enforces these laws.  For example, an individual who possesses a firearm can be charged with:

For non-United States Citizens, the consequences for these crimes can be even more extreme, often resulting in mandatory deportation from the United States.

Because the government has such a large arsenal of charges, backed up by draconian minimum mandatory jail sentences, a strong defense is necessary.  Our firm has an arsenal of its own, in the form of both innovative and time-tested strategies and tactics which overwhelmingly result in the dismantling of the government's case.

When taking on a new gun case, the first question we will often ask is, did police play by the rules in conducting their investigation?  Just as the government demands compliance with its laws, we demand that the government do the same.  When they do not, our firm will deny them a conviction.

Centuries of interpretation of the federal and state constitutions have yielded a complex set of rules that police must follow in the area of search and seizure law.  In their quest to get "guns off the streets," police will often utilize heavy-handed tactics which run afoul of important constitutional protections.  Though guns can be dangerous, that potential danger cannot override your constitutional rights, which require police to possess probable cause and a warrant, or a legitimate exception to the warrant requirement, prior to authorizing a search or seizure.

The government will frequently attempt to justify warrantless firearms searches by claiming that firearms present emergency circumstances.  However, mere possession of a firearm does not constitute an emergency; rather, police need probable cause to believe that an individual committed a crime before subjecting that person to an evidentiary search. Despite what police might think, there is no "firearm exception" to the constitution. Commonwealth v. Gomes, 458 Mass. 1017 (2010).

The law recognizes that individuals may exercise their Second Amendment right to lawfully carry firearms.  Consequently, police may not stop you or search you simply because you possess a firearm, absent specific facts showing you lack a license or that the gun was used in a crime. Commonwealth v. Couture, 407 Mass. 178 (1990).  When police stop a person only because he was seen handling or carrying a gun, it is the police, not the arrestee, who has broken the law.  We will hold them accountable.  If police obtained evidence against you in violation of your rights, we will deprive them of their use of that evidence against you in court.

Car stops, pretext searches, and police profiles as a substitute for specific facts.

Even in the absence of any reported offense, police will exploit every opportunity to seek out crime.  Intentionally or otherwise, their "proactive" law enforcement tactics tend to disproportionately target people of color and residents of disadvantaged, economically depressed communities.

Although the constitution permits police to act only upon specific, articulable facts, this is not what occurs in practice.  Police will detain individuals, without any articulable reason, based only on hunches, stereotypes, and profiles.  They will employ a vast array of minor offenses - traffic violations like briefly crossing over a marked lane, having a light out, or speeding to conduct intrusive and humiliating seizures.  Worse, some less honorable officers will detain individuals who have broken no laws at all, technical or otherwise, and when called upon to justify it, lie after the fact.  For example, through our investigation, we were able to uncover a pattern in which a state trooper stopped and searched numerous individuals based on his claim that their windows were excessively tinted.  We were able to prove that his claim was false, resulting in the dismissal of several felony level arrests.  In other instances, we have subpoenaed records regarding a particular officer's citation history to reveal a pattern of stops based on impermissible racial criteria.

It is a sad fact that, when officers claim the stop was justified, most lawyers will take the officers at their word.  We will 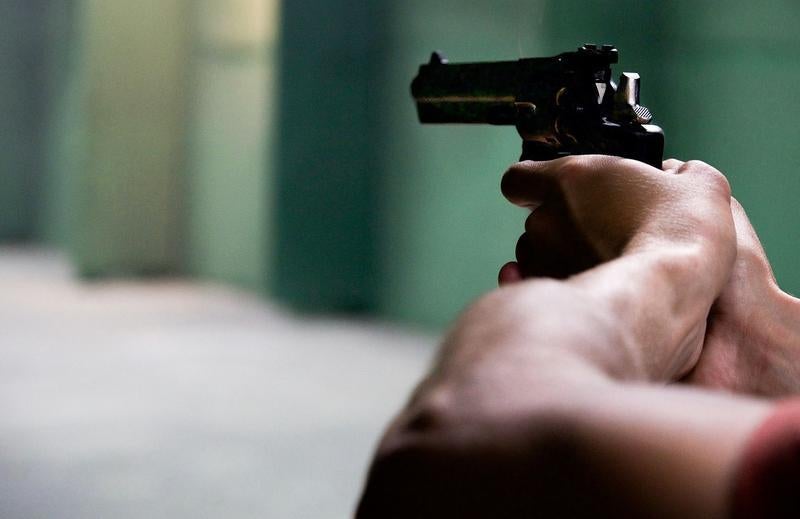 not.  Instead, we will question everything the government claims, and test the strength of its claims by challenging them in court.   Rarely do those claims survive our scrutiny.

criminal activity is afoot.  Whether our client makes a "furtive" gesture, acts nervous, or answers questions in a way the officer considers suspicious, the officer will find any way to get occupants out of cars to conduct highly intrusive searches.  The reality is that these searches are rarely predicated on valid concerns.  Through cross-examination, we will establish the baseless and impermissible nature of these intrusions, thus vindicating our clients' rights.   And in so doing, we not only protect our clients, but we fortify the constitutional protections which are woven into the very fabric of our free country.

The government can charge an individual with possession of a firearm, even if they never saw the person actually holding the gun.  Under the theory of "constructive possession," a defendant who has never held a gun can be guilty of possessing a gun if he: (a) had knowledge of the gun, (b) intended to exercise dominion and control over the gun, and (c) had the ability to exercise dominion and control of the gun. Commonwealth v. Gonzalez, 452 Mass. 142, 146 (2008).   But in constructive possession cases, the government's theory will often rest on flawed assumptions, which will fall apart when subjected to our challenge.

For example, police may search a car and find a gun under a seat, then decide that everyone in the car is guilty of possessing that gun.  But we will expose this case for what it is; an illusion rooted inn assumptions and associations, rather than evidence.  Similarly, police may search a house and find a firearm, only to have the charge dismissed when we establish that the government failed to prove a sufficient connection between that gun and our client.   Contrary to what the government might contend, it is not a crime to be in the presence of a gun, even if the accused knows the gun is there.  It is only a crime if the person is affirmatively connected to the gun by evidence that he intended to exercise control over it and was free to do so.

Additionally, the government can proceed against an individual on a "joint venture" theory of possession.  If a defendant encourages or aids another individual to carry a firearm, the defendant can be charged with firearm possession, even if he never touched the gun.  In those cases, and contrary to the presumption of innocence and the government's burden of proof beyond a reasonable doubt, the law requires the accused to come forward with some evidence that he had a license to carry.  However, a little known fact is that if the gun may have been possessed by more than one person, the government has a duty to establish that none of those people had a right to possess a firearm.  This is a particularly difficult hurdle for the government to overcome, given that a person can obtain a license to carry in any number of jurisdictions.  Commonwealth v. Humphries, 465 Mass. 762 (2013).

Sometimes, a person will take possession of a firearm in order to respond to a rapidly unfolding or threatening situation.  Although the person may not have a permit to possess that gun, the "necessity" or "competing harms" doctrine may be available as a defense.  Like the concept of self defense, this legal theory recognizes that sometimes a person must break the law in order to prevent a greater harm.  In the same way that a person would be justified in breaking into a neighbor's house to save a child from a fire, an individual may possess a firearm if necessary to address a clear and present danger.  One can imagine the decision to arm oneself in a community where police response is unreliable or ineffective.  There may even be circumstances where the dangers associated with involving the police are greater than the lesser harm of taking protective measures in the face of clear danger.

Sometimes, the case is not as simple as whether or not a person possessed the firearm.  Rather, the case may turn on the reasons why.   If you believe some compelling reason warranted your violation of the gun laws, come to us.  We will help you tell your story.

In order to obtain a conviction for unlicensed possession of a firearm, the government must prove that the item the defendant possessed was an actual, functioning firearm.  The government typically accomplishes this by sending the firearm to a laboratory, where it is examined and tested.  If the gun is never recovered, then the government is unable to satisfy its burden of proving that the suspected weapon meets the legal definition of a firearm.  As a result, in those cases where the government's case is based on a person's testimony that they saw the accused handling a gun, that case is dead in the water in the absence of ballistics testing.

Massachusetts defines a "large capacity" firearm or feeding device as any that is capable of holding more than ten rounds of ammunition.  The legislature created this offense, intending it to carry a draconian mandatory state prison sentence of 2.5 years.  However, recent developments in the law have changed the impact of this statute.  In Commonwealth v. Cassidy, 479 Mass. 527 (2018), the Supreme Judicial Court held that in order to convict a defendant under this statute, the government must prove that the defendant knew the firearm or feeding device could hold more than ten rounds of ammunition.  Absent some evidence indicating that a defendant had loaded or used the firearm, or was familiar with firearms in general, or that the ammunition magazine was so large that its capacity was outwardly obvious, the government will be unable to prove its case at trial.

Additionally, the Supreme Judicial Court recognized that the statute prohibiting large capacity firearms, G.L. c. 269, § 10(m), was confusing and poorly written.  Although the legislature presumably sought to provide an enhanced punishment for an aggravated form of unlawful firearm possession, the statute actually provides for a more lenient punishment. Commonwealth v. Rodriguez, 482 Mass. 366 (2019).  Instead of creating a 2.5 year mandatory minimum sentence, the Court can sentence as low as one year in prison.  In contrast, the non-aggravated form of firearm possession carries a mandatory sentence of 18 months.  The legislature has not yet corrected this anomaly.

The ins and outs of firearms prosecutions are a specialty onto themselves.  We have handled hundreds of firearms offenses, and succeeded in giving our client's a second chance, time and time again.  Please contact our office to discuss how we can even the odds for you.