March 6, 2018, Somerville District Court case no. 1710CR001044 charging drunk driving (OUI/DWI/DUI), negligent driving. Trooper claims client weaving and driving 87 in a 55, almost striking other cars and HOV lane barriers. Client fails all field sobriety tests. Police find rum bottle in car. They claim he is belligerent at booking. Our then-associate attorney Daryl Zules with Attorney Erkan supervising presented the matter to a jury. The jury found our client not guilty on the OUI and a mistrial was declared on the negligent driving. The Court continued the negligence charge without a finding following which, that charge was also dismissed on 9/7/18. 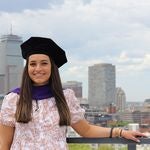